Together for Peace and Solidarity!

Global financial crises, EU´s austerity politics and greed is directing current politics. People are told to have no other way but accept market oriented decicions. EU could not agree about Syrian boicott in armstreaty which opens new path to a deeper and more international crisese in Syrian war. France, Britain and USA are ready to support anti-west, anti Nato and anti- Assad so called opposition. Hizhollah is active. Russia has delivered military aid in Syria. Israel has hit Syrian targets and will surely join western groups and Nato led operations when such actions take place.

We are justifying again situation of global peace crises and threath of war. I am pleased to observe that World Peace Council is calling its organs to meet and analyse the international situation. Thank You for the Portugues Peace Committee for hosting this specially important cathering.

There is almost no public debate in Finland about arctic militarization. Mining industries have an increasing interest in new businesses  in  the north of country, in Finnish Lapland. Aboriginal rights of the Saami people have to make space for business politics. It would be a political miracle if recent right covernent would ratify the ILO 169 agreement.

Finnish and Swedish Lapland has become a wast territory of on going military exersices. Drones found in Pakistan are tested in Kemijärvi in North-East Finland. Norland in Sweden has such measures of miliary operations that it harms local reindeer-keeping and some areas have become imposibles for peaceful living.

First time in Nato´s history a non Nato-country, Finland should take an active role in a Nato countries air defence. US troups have inteligently left an open space in Islandic air defence leaving from Island. Now a so called nordic collaboration should correct thatempty space. In the Finnish parlament only Vasenryhmä, two representants of the parlament have been critical and opposed Finland participation in Islandic airdefence.

High north and international seccurity conference organized by Global network against wepons and nuclear power in space will take space 28.-29. june in norhethern Sweden in city of Kiruna. Swedish women for Peace organization is taking care of the arrangements. Finnish Peace Committee will participate in this event and wishes to inspire WPC member organs to join too.

High north and international security conference´s  aim is to educate peace movement how space  is used in global ware fare, open persective why the north has developed to become one of the most important placens in the future militarization. Also the Saami people will participate and express there realistic vision how the military exercisies affect every day life in the Scandinavian and Russian Arctic.

Change of concepts in defence politics

A new delclaration of national political defens plan in Finland (puolustuspoliittinen selonteko)has been done lately. It created a serious debate about Finlands independent defence politics. Majority of the parties in the parliament agree that Finland should not declare any more to be an independent country. This is considered a new serious step towards future possible mebership in North Atlantic Treaty Organization - NATO.

Soon after that debate Russians defence minister Sergei Soigu said last wednesday during his visit in Finland that if Finland and Sweden decide to join Nato they should ask themselves the basic guestion about  what target Sweden and Finland by joining NATO would direct its new military actions if not Russia.

Peace movement is the progressive power that cathers people to learn and analyse current politival situation. We invite people to demonstrate against growing military operations in the Arctic and globally. We say No to Nato and Yes to progressive powers to fight back austerity measures and business politics.

In solidarity with the Cuban Five, with the Sahrawi people, with Palestine and all the people that international market monopolies abuse.

Together towards a collective fight  for a just and iqual wolrd without hunger, powerty and opression!

Together for Peace!
Finnish Peace Committee
JP (Juha-Pekka) Väisänen
member of board

2012 Municipal Election Platform of the Communist Party of Finland 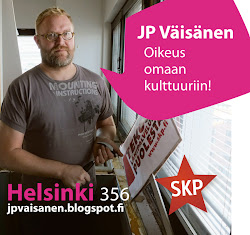 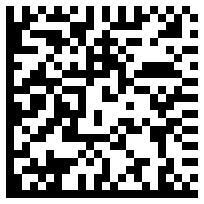